Hepatitis C virus (HCV) is a global threat. Approximately, 200 million people are infected worldwide. This is the most common blood-borne infection in the US with numerous health implications. These are included liver fibrosis, cirrhosis, and hepatocellular cancer. Traditional HCV therapies which used to be with interferon resulted in a very moderate success rate. In the recent researches of the once-daily combination tablet of sofosbuvir, a nonstructural (NS) 5B polymerase inhibitor, and Velpatasvir, an NS5A inhibitor, gave you a sustained virologic response rate around 95%. In the case of prior treatment experience or even in the presence of cirrhosis across all HCV genotypes the result is constant. Many patients reported improvements in different aspects as well, such as general health, fatigue, and emotional and mental well-being after completing combination therapy. The combination of treatment is effective. It needs to be administered with measured caution in patients. Thus, we are going to review how Sofosbuvir-Velpatasvir effective for all Hepatitis C Genotype.

Hepatitis C virus (HCV) is a virus which is responsible for inflammation, fibrosis, and cirrhosis of the liver. 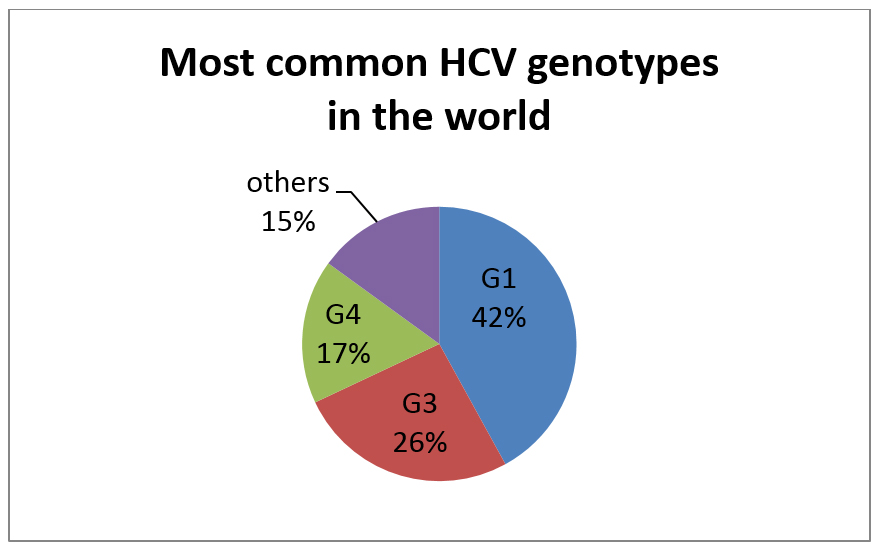 Velpatasvir is highly bound to plasma protein and undergoes hepatic excretion where it is metabolized by the cytochrome P450 enzyme within the liver.

Sofosbuvir is a uridine nucleoside analog inhibitor that targets RNA polymerase, thereby preventing the binding and incorporation of nucleoside triphosphates into mRNA

Extensively metabolized in the liver, sofosbuvir undergoes dephosphorylation into its inactive form, GS-331007. Unlike Velpatasvir, sofosbuvir is roughly 60% bound to plasma proteins. Moreover, the greater portion of sofosbuvir is excreted through renal system.

To understand how Sofosbuvir-Velpatasvir effective for all Hepatitis C Genotype, readers need to know what is meant by pan genotypes. Patients were randomly assigned to the treatment group.  At 12 weeks posttherapy, HCV RNA levels were measured to assess treatment efficacy as defined by an SVR-12 rate above 85%. They reported significantly higher SVR rates across all patient populations, whether treatment-naïve or experienced. While the patients assigned to the placebo group elicited no SVR, those assigned to the joint Sofosbuvir/Velpatasvir therapy had a remarkable 99% SVR. The drug combination was effective in all the HCV genotypes, with SVR rates of 100% among genotypes 2, 4, and 6. By the completion of therapy, follow-up questionnaires at 24 weeks after treatment cessation reported an increase in the same domains with additional improvements in bodily pain, social functioning, mental health, fatigue, and attendance at work.

The relapses, after using sofosbuvir for therapy, are unlikely to have a virus with resistant variants. Therefore, sofosbuvir can be successfully used to re-treat the same individual who has previously received treatment with sofosbuvir in combination with another alternate antiviral.

Thus we understand how Sofosbuvir-Velpatasvir effective for all Hepatitis C Genotype with the success rate of sofosbuvir/Velpatasvir which indeed makes therapy simple, safe, and curative.The access to therapy is limited by cost. Once therapy is accessible to all patients. This will decrease health care disease burden with a resultant decrease in morbidity and mortality.Then patients can be cured from the HCV virus without having to undergo pregenotype testing.